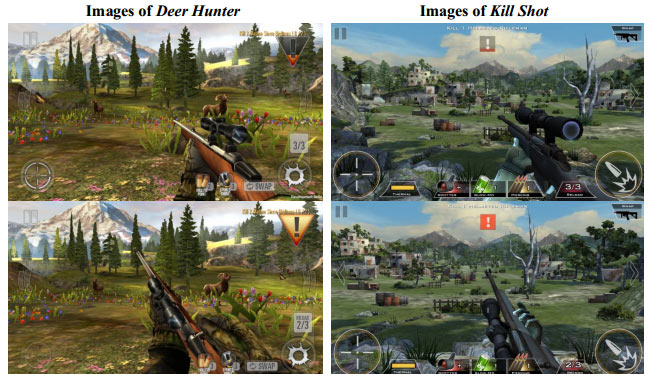 Glu alleges that Kill shot “is a game that looks, feels, and plays just like Deer Hunter 2014”, that their tutorial was copied “nearly identically”. They further allege that Deer Hunter’s “core gameplay” and “three core mission types” were copied. The most obvious difference between the two games is that in Deer Hunter you hunt deer and in Kill Shot you hunt enemy human soldiers.

This could be an important case for copyright law and video games. The maker of Deer Hunter is not alleging that its underlying source code has been copied, but is instead arguing that Kill Shot is almost a reskin of Deer Hunter and that it copies its tutorial, economy, and even its core game mechanics. It is similar to the successful argument made by Spry Fox when its Triple Town game was cloned. But that case was litigated in Washington, and those courts have shown to be very receptive to giving video games strong copyright protection and that clones of core gameplay mechanics might amount to copyright infringement. Glue, however, filed its case in California. If this case is not settled early, we may get to see whether California judges agree with Washington judges to award strong copyright protection to video games that may extend all the way to “core gameplay”, which has traditionally been protected only by patent law.

Even though Hothead is based in Canada, Glu allegedly has jurisdiction over it since Kill Shot is released on app stores worldwide and it allegedly markets the game in the United States.