The McArthur Law Firm is a boutique intellectual property firm for companies in the digital community and especially for software companies, app developers, video game companies, and entertainment companies trying to protect their brands and products.

Stephen McArthur is a video game attorney and avid gamer. His clients’ video games have billions of downloads worldwide and have ranked as the #1 gaming mobile apps in over 50 countries.

Before founding The McArthur Law Firm, Stephen was an attorney for several years each at the premier national law firms of Cravath, Swaine & Moore in NYC and Irell & Manella in Los Angeles. He has represented clients such as Blackberry, Rovio, and the RIAA on sophisticated intellectual property matters, and was a member of the team that won the M&A Deal of the Year Award for its role in the $4.5 billion sale of a patent portfolio, the single largest sale of patents in history.

Today, Stephen spends his time counseling clients on trademark and copyright issues in the video game industry and helping them protect their valuable brands through IP registration, enforcement, and litigation. Stephen is a member of the International Game Developers Association (IGDA).

Stephen was named a 2016, 2017, and 2018 “Super Lawyers” Rising Star. Martindale Hubbell has recently awarded Stephen a perfect 5.0 AV-Preeminent rating, the highest possible rating for both legal ability and ethical standards. Avvo has also rated him a perfect 10.0 and awarded Stephen its 2015 Clients’ Choice award for Intellectual Property. In 2018, Los Angeles Magazine named him one of the top 100 Up-And-Coming Attorneys in California.

Stephen earned his law degree from Columbia University School of Law in 2007 where he was a Harlan Fiske Stone Scholar and served as Managing Editor of the Journal of Law and Social Problems.

Stephen can be reached directly at stephen@smcarthurlaw.com. 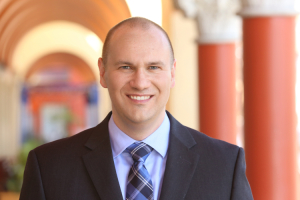 Zachary represents video game studios and board game companies. His mission is to provide his clients with the legal groundwork and industry knowledge necessary to navigate any issues that arise during game development. His skillset includes corporate formation and drafting essential developer and publisher agreements.

Zachary has been interviewed by major news publications, spoken at GenCon and other game developer gatherings, and advised a New York Times reporter on a book about the legal history of the Monopoly board game.

Before becoming an attorney, Zachary was an animator, concept artist and game designer in the children’s computer game industry. Zachary earned his law degree from Pepperdine University School of Law in 2013, and has also worked with LionsGate Entertainment, Crowdfunder, and a Los Angeles entertainment law firm prior to joining The McArthur Law Firm.

Zachary can be reached directly at zachary@smcarthurlaw.com. 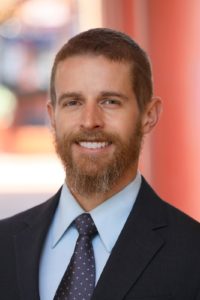 counseling. He’s litigated cases over Spawn and The Walking Dead for Image Comics, defended patent lawsuits for Experian and helped a well-known furniture designer win a preliminary injunction barring knockoffs from the market and summary judgment on copyright claims.

Before joining The McArthur Law Firm, Tom practiced with international law firms—Crowell & Moring and BakerHostetler—in Orange County, California. There he worked on patent, copyright, right of publicity, and trademark litigation for clients around the country. Tom helped a Fortune 500 client win a total victory in a patent case when the Patent Trial & Appeals Board invalidated two patents-in-suit based on petitions for review Tom wrote and discovery he gathered. Tom served as general counsel for a large publishing company, managing its IP portfolio, dealing with potential rights infringements, and drafting and negotiating publishing and licensing agreements. He also guided a Fortune 100 company’s internal investigation into allegations of Foreign Corrupt Practices Act violations by the DOJ and SEC.

For the last five years, Tom has worked with smaller companies on all aspects of business and IP—handling trademark and copyright registration and management, mitigating litigation risks, preparing employment and independent contractor agreements and distribution contracts, and regularly interfacing with corporate leadership. Tom mentors startups at a local business incubator and has written for the Craft Brewing Business news site on IP issues in the craft beer industry.

Tom earned his law degree from University of California, Hastings College of the Law in 2007 where he served on the Hastings Law Journal.

Tom can be reached directly at tom@smcarthurlaw.com. 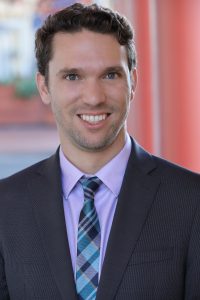 Sean has been published in OC Lawyer opining on the risks of copyright infringement in social media, as well as Law360 where he wrote about his experience invalidating a patent through an inter partes review proceeding before the USPTO.

Sean can be reached directly at sean@smcarthurlaw.com.

Stephen has been a great help to our business and I would highly recommend him to anyone in need of an IP lawyer. When we first started working with Stephen, there were an uncontrolled number of clone games infringing on our IP and we had only moderately effective trademarks and registered copyrights. After working with Stephen now for just over a year we have significantly improved the clone situation in the app stores including some of the worst offenders who had previously ignored our notices. Additionally we have filed stronger trademarks in the US and internationally.

Stephen is extremely knowledgeable about the laws and issues in the IP space and he has been aggressive in arguing for our rights. For us, one of the best parts of working with Stephen is that he is able to work independently to move our IP projects forward allowing us to focus on other tasks.

I’ve had the pleasure of working with Stephen in his role as a key legal advisor to Stone Blade. He has a deep understanding of our gaming products and the nature of the video game business. We’ve worked with him on everything from license agreements, to DMCA takedowns, to general advice on how to protect our games and brands. I will not hesitate to continue to use Stephen in the future and I highly recommend his expertise and knowledge to friends, family, and others in the video game industry.

Stephen’s in-depth knowledge, impressive experience, and cost-conscious billing practices have allowed Zafty to deftly negotiate licenses with companies who have hired much larger law firms as counsel. He has always been quickly responsive to my emails and accessible on short notice, despite living on an opposite coast. And his competence is the best I’ve come across in the legal field. I look forward to continuing our professional relationship for many more years.

As a business owner and artist, working with Stephen was one of the best decisions I’ve made to date. Thanks to Stephen’s efficient and effective legal counsel, what started out as a stressful copyright infringement was successfully resolved in a way that even exceeded my perceived best-case-scenario outcome. In addition, he educated me about my rights and how to protect my work. If you’re looking for a smart, fair, and trustworthy lawyer, I wholeheartedly recommend Stephen.

Stephen McArthur did a great service for me and for the whole community that enjoys the original fantasy role-playing game genre. For almost twenty years, my online character generators for the various iterations of the “Dungeons & Dragons” game been used by over four million players to enhance their gaming experience.

In 2015, Wizards of the Coast asked me to remove the generators. Although a great deal of anger from hundreds of players followed, it was due solely to the work of Mr. McArthur that I reached an amicable agreement with Wizards of the Coast and was able to put most of my work back where everyone could enjoy and use it.

Another attorney called Mr. McArthur’s analysis of the legal issues “brilliant”, and while I’m not a lawyer myself, that certainly seems fair. What I enjoyed best about my relationship, though, is the decency, kindness, and fair-mindedness that this attorney brought to this situation, and how he negotiated a solution in which, basically, everyone emerged a winner. I can only wish that American jurisprudence always functioned this well. Thank you, Stephen.