PUBG Corp, the developer of Player Unknown’s Battlegrounds (“PUBG”), sued NetEase, Inc. in United States federal court in April of 2018 for copyright infringement, unfair competition, and trade dress infringement, alleging that Knives Out (“KO”) and Rules of Survival (“ROS”) were illegal clones of PUBG. This case was closely watched by lawyers all over the country since it promised to shed light on an open question in the courts of how far copyright law can go to protect against video game knock-offs. After almost a year of litigation, the lawsuit has finally settled. However, the terms of the settlement are confidential and the futures of the Knives Out and Rules of Survival games remain unclear.

PUBG argued that the overall look, feel, and audiovisual style of both NetEase games closely mimicked PUBG. They claimed that NetEase has “committed unlawful, unfair, and/or fraudulent business acts by copying PUBG’s Battlegrounds game in each version of their ROS and KO games and introducing the ROS and KO games to the marketplace at or below cost.” PUBG included the following side by side comparison showing ROS on the left and PUBG on the right. 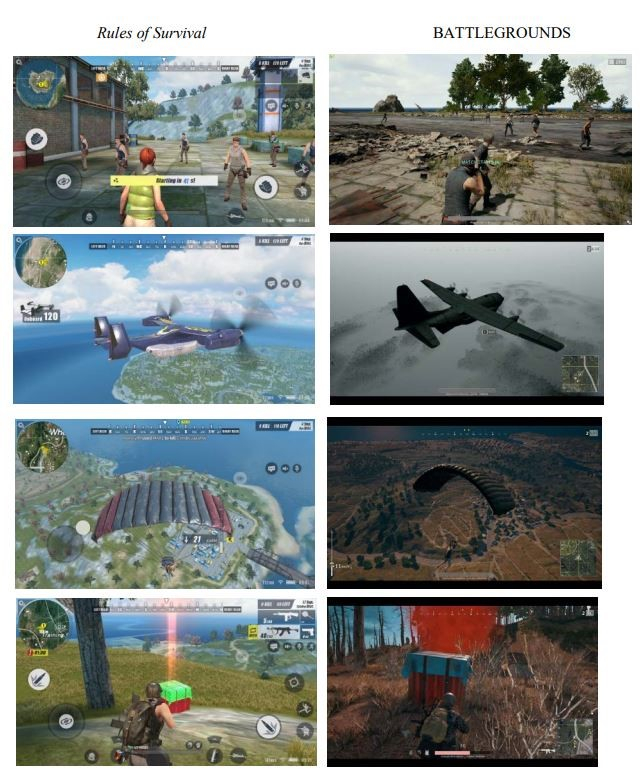 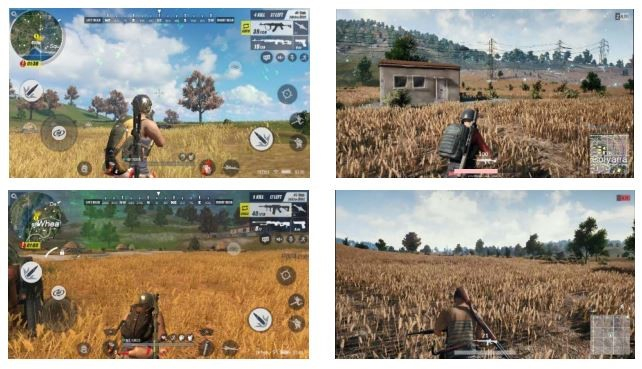 In response, NetEase argued in its motion to dismiss that a single company cannot monopolize the entire “battle royale” genre. It called PUBG’s suit a “shameless attempt” to use copyright law to monopolize the battle royale genre and block real competition.

PUBG countered, stating that “Defendants’ attack on PUBG’s complaint is baseless. PUBG is not seeking ‘to monopolize the popular ‘battle royale’ genre of video games,’ instead, it seeks to protect its creative expression of unique and distinctive elements within its BATTLEGROUNDS game.” PUBG argued that “many of Defendants’ claimed ‘dissimilarities’ are a fallacy, strategically inserted by Defendants after this lawsuit was filed, in a clear attempt to mask Defendants’ blatant infringement…since the initial publication of KO, NetEase has implemented at least 21 updates to add dissimilarities including 9 updates since the commencement of this litigation.”

THE PARTIES HAVE NOW SETTLED

According to a recent court order, PUBG and NetEase have now settled the entire litigation and are in the process of dismissing the lawsuit. While we may never know the full details of the confidential settlement, we should keep a close eye on both KO and ROS in the coming months to see if any substantive changes are made to the games to differentiate themselves from PUBG.

To discuss registering the intellectual property for your video game or enforcing your trademarks and copyrights against competitors, contact The McArthur Law Firm – The Video Game Lawyers.