Vlada Haggerty has sued MUFE and Louis Vuitton for copyright and trademark infringement over its Lustrous cosmetics line. 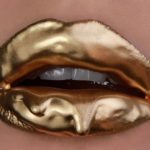 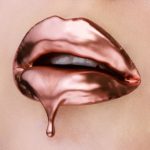 “Liquid Gold” and “Rose Gold Lip Art” quickly became popular on Instagram and throughout the beauty and fashion industry.  Since May 2015, numerous publications have featured stories on these unique works of lip art and how Vlada created a new “drenched” or “dripping” lip look.

As the complaint alleges, over the past year, Make Up For Ever (“MUFE”) has sent multiple written requests to Vlada to use her lip art to promote MUFE’s cosmetics.

For example, on September 20, 2016, MUFE’s Brand Marketing team emailed Vlada, asking if she was “open to the possibility of a collaboration for 2017.”  In that email, a MUFE employee also told Vlada, “I am huge fan – your creations are so inspiring and beautiful! I’ve been following your Instagram for quite some time now and your passion for artistry and lips really comes through your work. Your aesthetic and attention to detail is incredible.” (Exhibit 1).

Vlada emailed MUFE a response on September 20, 2016, in which Vlada declined to collaborate with MUFE on her signature dripping-lips look since Vlada was already under an exclusive contract with a competing cosmetics company. MUFE followed up with a phone call to Vlada on September 28, 2016 to further discuss the possibility of using Vlada’s lip art to promote MUFE’s cosmetics, but Vlada once again declined this opportunity.

A few months later, on January 5, 2017, Vlada was contacted by Buzzfeed and asked whether Vlada could create lip art for a series of videos promoting MUFE’s cosmetics.  The Buzzfeed representative stated that MUFE specifically requested a collaboration with Vlada because she is “the lip pro.” Vlada declined this request. (Exhibit 2).

After Vlada declined MUFE’s requests, MUFE went ahead and adopted an unauthorized logo for its new line of “Lustrous” cosmetics that directly copied Vlada’s trademarked and copyrighted lip art. The MUFE Lustrous logo is so similar to Vlada’s work that it gives consumers the false impression that Vlada is collaborating with MUFE when she is not. 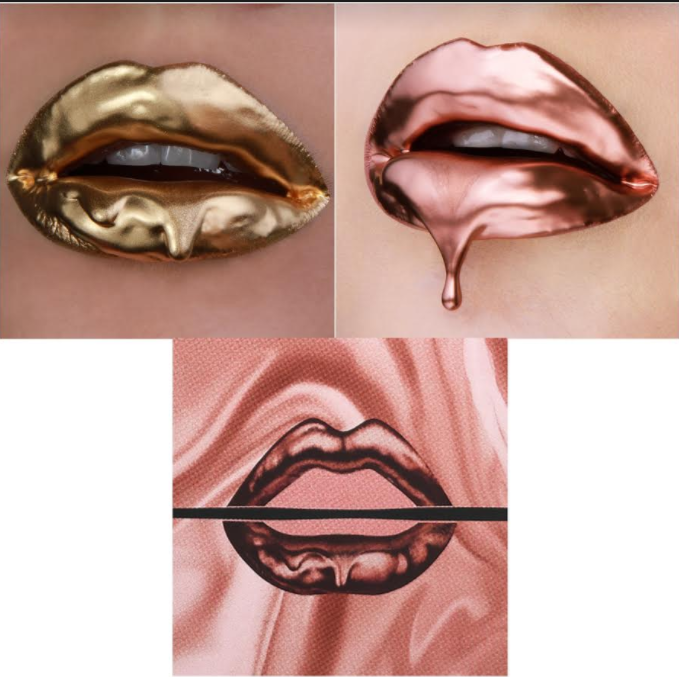 Since MUFE began using its infringing Lustrous Logo, many consumers have expressed actual confusion as to whether Vlada is affiliated or collaborating with MUFE. Some representative examples are shown below:

Through this lawsuit, Vlada demands that MUFE immediately remove the infringing “Lustrous” products from sale and pay damages for MUFE’s blatant and willful copyright and trademark infringement, including a disgorgement of all of its worldwide profits from the sale of the Lustrous cosmetics line, statutory damages, and Vlada’s attorneys’ fees. Large corporations too often think they can steal designs from individual artists, especially women, without payment or consequences. That ends here.