Is the “Legacy” genre of board games protected by trademark or patent?

Is the “Legacy” genre of board games protected by trademark or patent?

Stephen and Zachary, intellectual property lawyers at The McArthur Law Firm, sat down for an interview with Rob Daviau, the father of Legacy games including Risk Legacy, Pandemic Legacy, and Seafall: a Legacy Game. As fans of Legacy games and as trademark lawyers, we wanted to know if other game designers were free to use the “Legacy” name and game mechanics in their own games.

Who owns the rights to “Legacy”? Is it Hasbro, the original publisher of Risk Legacy? Is it Rob Daviau himself? Or is it simply in the public domain?

How “Legacy” was created

The Legacy genre of game was born from an idea that game designer Rob Daviau had while working at Hasbro: what if there was some kind of permanency to board games? Rather than have the game reset itself each time, some effects and choices from each game remain and affect the course of future games played on the same board. Risk Legacy was the fruit of this idea.

While Risk may be a household name to you and me, to Hasbro, it was barely an afterthought and they were happy to give Rob Daviau creative control over co-designing, and ultimately naming, Risk Legacy. Other names Daviau considered were “Evolution” and “Revolution” before he finally settled on Legacy. Risk Legacy popularized the innovative concept of permanency in tabletop games: choices a player makes in one game carry over to the next. Cards could be destroyed, countries could be renamed, and powers could be added to the various factions represented in the game. These changes would stay in place the next time you opened the game to play. 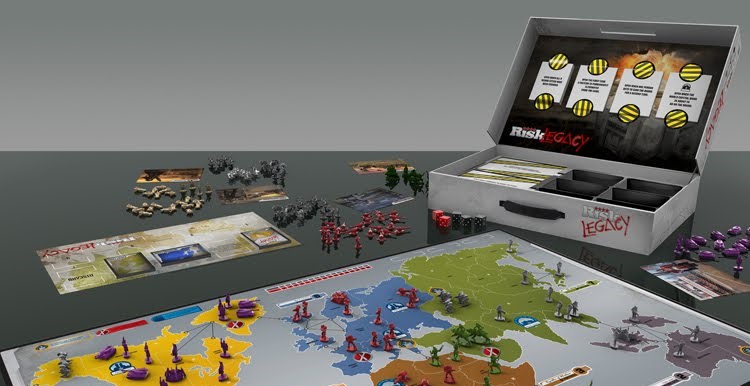 This new game mechanic quickly became known as “Legacy”, and was also used in the game design and titles of two non-Hasbro games, Pandemic Legacy and Seafall: A Legacy Game, both co-designed by Rob Daviau after he left Hasbro. Both games contain elements of permanency and consequences from players’ actions that carry over from game to game.

Even though Risk Legacy found a sizeable audience in the hobby game community, it was “under the radar” at Hasbro and barely anyone seemed to know of its existence, according to Daviau. Indeed, Risk Legacy did not even win Hasbro’s internal innovation award, which instead went to a musical Elmo doll.

The elephant in the room regarding Legacy games has been to what extent it is protected by intellectual property law. This brings up a number of questions, including:

The Legacy game mechanics could theoretically be protected by patents if Hasbro had filed them in time. Similarly, Wizards of the Coast had protection for many of Magic: The Gathering’s original game mechanics and had a monopoly on them for 20 years until those patents expired in 2014. However, our search found no patent applications filed by Hasbro.

Furthermore, Daviau confirmed that while the game was vetted by Hasbro’s attorneys, Hasbro did not file any patents. He was relieved when Hasbro decided not to patent the game, since it was likely he would be leaving before too long and he wanted to continue building on the Legacy idea over the years. This means the game mechanics themselves are in the public domain.

Is “Legacy” protected by trademark?

Even if the game mechanics are not patented, it could be the case that either Daviau or Hasbro owns trademark rights for the term “Legacy”. Much like Fantasy Flight Games (FFG) trademarking and preventing any other company from using the term “Living Card Game,” this would give the trademark owner the right to sue anyone else who identifies their game as a “Legacy” game.

Usually, we advise our clients to file trademark applications for game terms like “Legacy” on an intent to use basis, long before they even release their games. This protection allows a game designer to protect themselves, build a brand, collect licensing fees from others that use the term, and generally control who uses the brand and how they use it. Any trademark rights to Legacy would be problematic for the rest of the game developer community because they would not (without a license) be able to use the term “Legacy” when describing their game to potential customers. 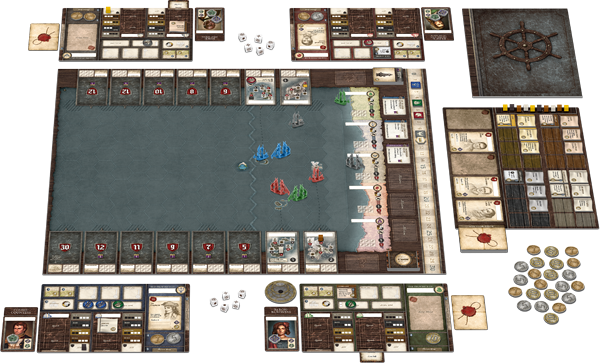 With “Legacy”, Rob Daviau says that Hasbro never expressed any interest in trademarking or having ownership of the term. He’s also not aware of Hasbro making any plans to release any other Legacy games, or sending a cease and desist letter to himself or anyone else involved in Legacy games.

On our part, we reached out to Hasbro for comment and they, unsurprisingly, did not respond. A search of the United States trademark registration and application database produces no results for “Legacy” by Hasbro or anyone else that covers this genre of game mechanics.

We asked Daviau if he wishes he had or wishes he could have trademarked “Legacy” so he could both control the kinds and quality of games that use the term and collect a licensing fee for his creation. He admits that he does wish that were possible, but that opportunity has long passed. Legacy is in the public domain, and anyone is free to use it.

We would like to thank Rob Daviau for taking the time to speak with us regarding this article. Rob is currently involved in Restoration Games as their Chief Restoration Officer, resurrecting old game ideas for the modern era. Check out their updated versions of Stop Thief!, Downforce, and Indulgence coming later this year.

If you are looking to create and protect your brand, whether it is tabletop games, video games, or any other type of goods or services, why not The Video Game Lawyers?