The McArthur Law Firm is proud to announce that Stephen McArthur has been selected as a “Super Lawyers Rising Star.” This designation, conferred upon the most respected legal practitioners under the age of 40 by Super Lawyers, is based upon peer recognition and professional achievement.

The article focuses on Stephen’s background in competitive gaming and his professional focus on the games industry. Stephen describes some of the important legal issues specific to electronic entertainment, as well as some of the ways that his gaming background has influenced his career. 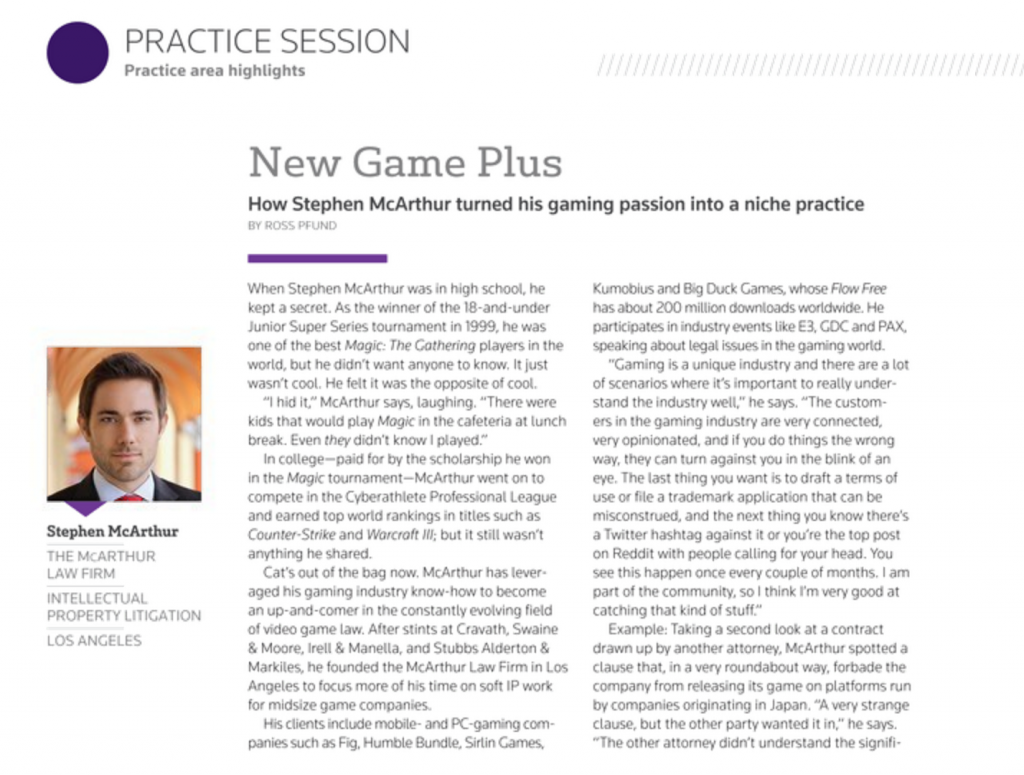 To view the full article, access the digital version of the issue here, or read about Stephen on the Super Lawyers blog.